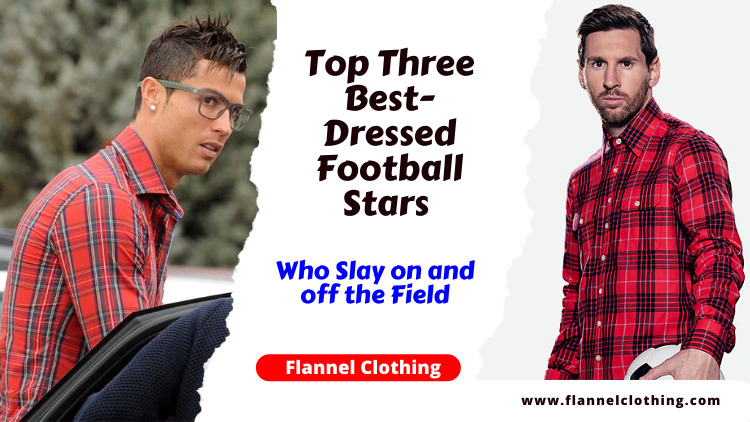 With the recent buzz around the FIFA World Cup being rescheduled and the rumor mills predicting an earlier start this year in November, fans can’t hold their calm. Additionally, businesses in Qatar have already begun stocking up to cater to the large footfall of tourists, and fans are busy booking their flights and getting ready to see their favorite stars come together in the same place.

While the football fans brace themselves for some serious moves by their favorite footballers, we would like to take you away on a fashionable tour and acquaint you with the fashion game and styles of the best-dressed football stars of all times. Nothing is unfashionable when it comes to these three stars and they have been slaying with their game, whether they are on or off the field!

So, join us on this fabulous voyage where we take you through the stylish looks of the top three best-dressed football stars who slayed with flannel shirts. 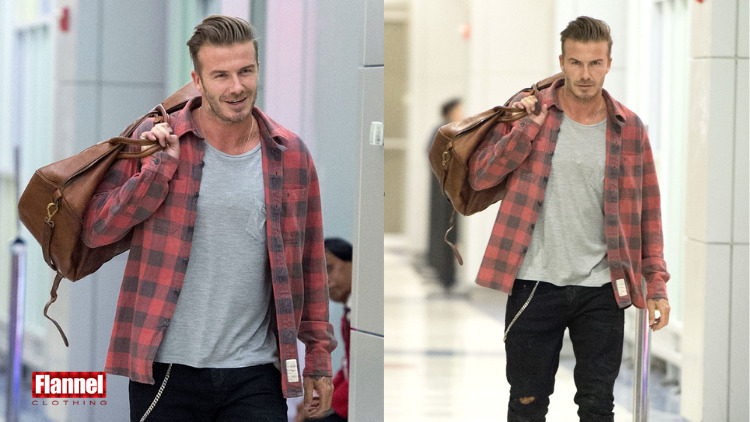 David Beckham had to be the top celebrity footballer on this fashionable list and we doubt anybody would disagree. This former English professional footballer who was recently seen at a concert in Miami with daughter Harper has been one of the best-dressed celebrities for the longest time now. Mostly dressed in stylish suits which are touted as part of his signature style and look, he does sport other incredibly stylish outfits. For example, he was recently seen sporting a buttoned-down shirt and shorts while holidaying in St. Tropez with his wife Victoria Beckham.

However, his charisma just doesn’t end there and goes way beyond these looks. He is somebody who can even layer a casual grey tee and a pair of distressed denim with a buttoned-down plaid flannel shirt and slay like a pro. He has sported several flannel men’s shirts in the past as part of his airport looks or otherwise and mesmerized us with his charm every time. He even wore a stylish plaid shirt for the cover of a well-known magazine and we couldn’t stop ourselves from admiring it!

So, whoever thought a flannel men’s shirt cannot be stylish can take their cue from this great football star and give this timeless flannel shirt a definite go.

Check Our Latest Catalog and Get Upto 60% off on Wholesale 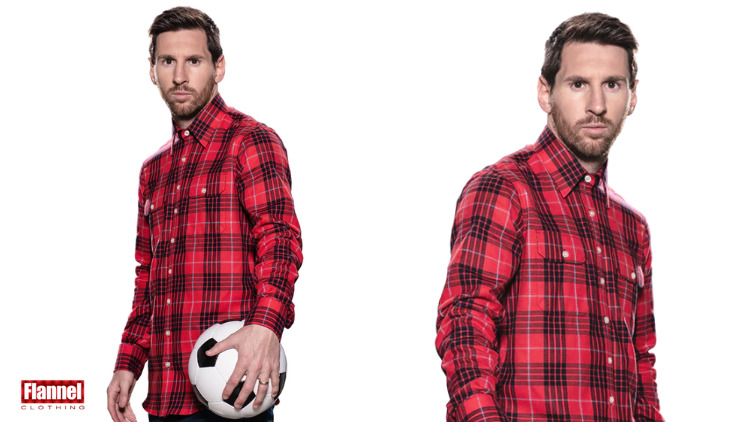 This Argentinian football star who is often considered s one of the best football players in the world also sports some incredibly stylish looks and slays with his moves even when he is away from the field. He is one of the football stars who slayed with flannel shirts. He can slay in a three-piece suit and even make you skip a heartbeat while wearing a sweatshirt and a pair of distressed denim. He can also wear a tee with a blazer and mesmerize anybody with his style game!

However, what is interesting is that he can even make a plaid flannel shirt look incredible. Case in point, his on-repeat red plaid flannel shirt that he wears buttoned up with dark blue denim. He also shared this signature look on an Instagram post where he could be seen wearing his classic red flannel men’s shirt and blue denim, layered with a zipped jacket and we couldn’t stop ourselves from loving this look!

So, although most of us remember Messi for his incredible moves while wearing his famous No. 10 jersey on the field, it is quite evident that this football star has been totally slaying in some seriously stunning and fashionable looks off-field too. 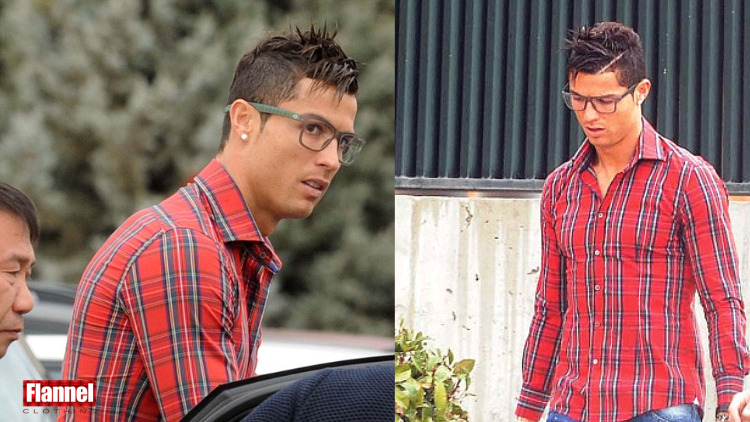 No list would be fashionable enough if we did not include the uber-stylish footballer Cristiano Ronaldo. He is a huge sensation both on and off the football field.

This Portuguese footballer who is always pitted against fellow footballer Lionel Messi for the title of the best football player of all time sports some incredibly stylish looks off the field. He is best known for his conspicuous polished looks and great physique, which he likes to flaunt in fitted dress-shirts and stylish tees. He has also sported some great suits and has also been seen wearing some stylish layered flannel shirts and jacket looks on several occasions.

However, our particular favorite is when this football star twinned with his son and wore a plaid flannel men’s shirt in blue and red along with a pair of denim. The father-son duo looked adorable and Cristiano Ronaldo, once again, made us go gaga over their looks. While he has sported a few flannel shirts earlier, this one was our absolute favorite!

So, if you are looking for some style inspiration this fall, you can totally slay in some flannel shirts this year and style them after the looks sported by these greatest football stars who have been winning hearts both on and off the field. This is because the craze for football is in the air and with the FIFA World Cup approaching fast, you can undeniably dress after the best. Additionally, if you are still looking for some premium-quality flannel men’s shirts, go ahead and shop your favorite styles right away!